Think you don’t need a video surveillance system for your home or business in Los Angeles. Read the article below curated from the website goodmenproject.com. They show some really good situations where security camera systems helped to solve crimes. 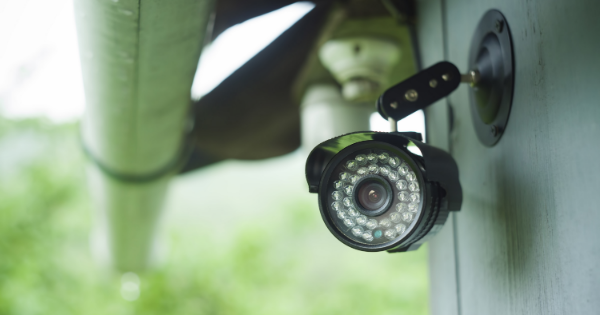 Most businesses and an increasing number of private homes use video surveillance to discourage criminals to trespass their property or engage in any criminal behavior. Unfortunately, a well-placed camera is not always enough to deter criminals, but, more often than not it can help law enforcement to gather evidence and catch them.

Here is a list of some of the most famous crimes that a surveillance camera footage helped solve. In the unfortunate cases where it was too late for the victim, video evidence at least offered closure.

The day is the first of November 2014 when a 22-year-old nursing assistant stepped off a bus in Philadelphia. Little did she know that she was targeted by a man who followed her and forced her into his Ford Taurus. She was reported missing on the 2nd of November and police immediately checked the CCTV footage from that night. They were able to find the exact moment of Carlesha’s abduction and identify the vehicle used in the crime.

Following a broad appeal, the Philly police eventually got tipped by ATF agents in Richmond, who told them that 37-year old David Barnes might be their suspect. Following Barnes’s tracks, they found out that the car dealership that sold him the Ford Taurus fitted the ride with a GPS, as a precaution taken because of the man’s bad credit. This information, together with the CCTV footage, potentially saved Carlesha Freeland-Gaither’s life, who was found relatively unharmed in the suspect’s car. Two years later, Barnes was sentenced to 35 years in prison.

This story follows the tragic death of Yehudah Kletzky, known as “Leiby.” One unfortunate day, his parents allowed him to walk alone from a day camp at school. Despite rehearsing the route with his parents the day before, the 8-year-old missed a left turn and kept on going further, in the wrong direction. He never returned home.

Realizing that he got lost, he asked for help. A man offered him a ride when he heard the little boy asking for directions. Before taking the little boy into his car, the man – later identified as Levi Aron – went in and out of a dentist office to pay a bill.

The police tracked Leiby with the help of surveillance cameras. That way, they were able to identify the boy’s abductor. Unfortunately, when police got to Aron’s apartment door, it was too late. The death of little Leiby Kletzky shook the Hasidic Jewish community of New York, and changed the view of New York Streets safety forever.

Surveillance video footage was crucial in this case, as child abductions by strangers are extremely rare, leaving the police and volunteers with little chance of catching the criminal in time.

In a world that is too fast and crowded for outdated investigation methods, this chilling case shows how crucial video surveillance in Winnipeg has become to the police investigators. In the Suzanne Pilley murder case, her killer was caught and sentenced, even though her body was never found. And all that happened thanks to the overwhelming evidence provided by surveillance cameras.

Suzanne, a bookkeeper from Edinburgh, Scotland, went missing on the 4th of May, 2010.  She failed to show up at work, which was out of character for her. Her colleagues alerted the police when she was nowhere to be found that afternoon.